Netflix – the world’s leading internet entertainment service, released the first look images for the highly anticipated series “Paranormal” the first Netflix Arabic Original from Egypt.  The first look images of the series -which wrapped up lately after a halt due to Corona pandemic- show Dr. Refaat Ismail (Ahmed Amin) in his forties, where he undergoes a series of paranormal incidents. They also display Maggie Mckillop (Razane Jammal) a Scottish scientist and Dr. Refaat’s previous colleague, to whom he never confessed his love.

The series tackles Dr. Refaat, a cynical Hematologist with a dark sense of humor, who goes through a “journey of doubt” as his world is turned upside down after his lifelong scientific convictions are questioned. The plot commences in 1969, as Refaat Ismail enters his 40s, and begins to experience a series of paranormal activities. Throughout the season, Refaat is accompanied by his university colleague, Maggie, as they enter the paranormal world and try to save their loved ones from the immense danger that surrounds them. The story is based on the best selling thriller novel series with the same name “Paranormal” by late Ahmed Khaled Tawfik, that sold more than 15 million copies. Staying true to the books, Paranormal, which is slated for Fall 2020 is filmed in Egypt, reflecting Netflix’s commitment to creating authentic Egyptian content for global audiences to enjoy 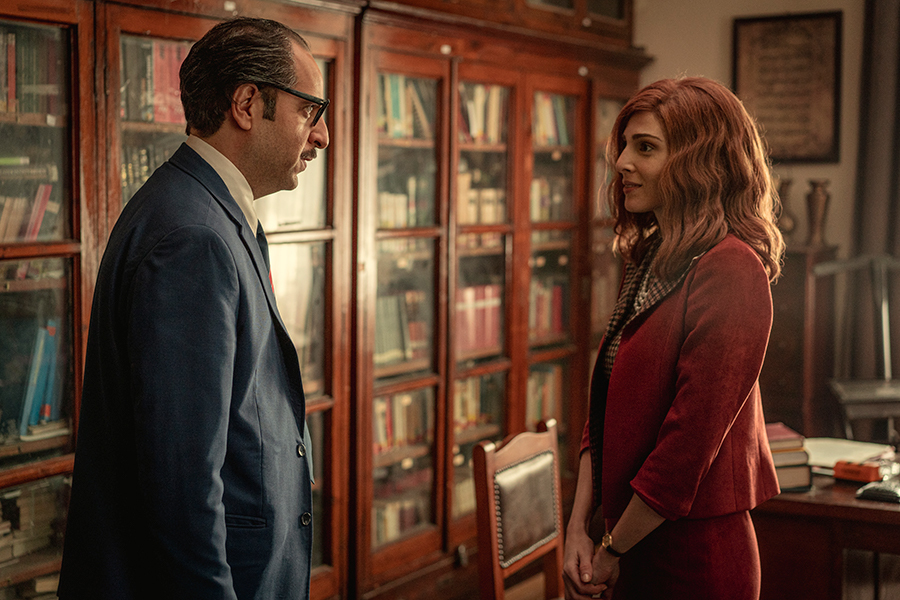 Netflix is the world’s leading streaming entertainment service with 193 million paid memberships in over 190 countries enjoying TV series, documentaries and feature films across a wide variety of genres and languages. Members can watch as much as they want, anytime, anywhere, on any internet-connected screen. Members can play, pause and resume watching, all without commercials or commitments.