“Every so often in our nation’s journey to form a more perfect union, there’s a person that meets a moment and I think we’re at one of these moments,” DNC Chairman Tom Perez said in his speech. “We need a healer-in-chief. We need a uniter-in-chief. We need a Commander-in-chief that can talk to anyone around the world and command respect, because that person knows that leader. That is Joe Biden,” Perez added.

He urged Indian-Americans to get out their vote because they could make a difference in key swing states lost in 2016 by votes that could easily be commanded by this immigrant community.

In battleground states such as Arizona, Florida, Georgia, Michigan, North Carolina, Pennsylvania, Texas and Wisconsin, Perez noted, the 1.3 million Indian-Americans in the country, could swing the vote going by the numbers residing in each state, Times of India reported Perez saying. He cited the example of Michigan where candidate Hillary Clinton lost by 10,700 votes, a shorfall that could have been made up by the 125,000 Indian-Americans living in that state; Similarly, in Pennsylvania, Perez said, Clinton lost by 42,000 to 43,000 votes, easily made up if some of the 156,000 Indian-Americans voted; and Wisconsin was lost by an even smaller margin.

“Our country has definitely been raw with the racial tension or racial injustice that we have been combating and fighting for so long and much of this has been… exacerbated by the inability of the individual in the White House currently to lead and to have a plan of action, to be able to move our country forward,” said Biden’s senior advisor Rodriguez. “And we know that we’re dealing with unprecedented times and that’s going to require an unprecedented level of organizing and level of engagement from all of our communities.”

Ambassador Verma stressed “how good” Biden “has been for South Asians, for Indian Americans, and for the U.S.-Indian relationship.”

“And on India, I can confidently say there would have been no U.S.- India civil nuclear deal, but for Joe Biden, Verma contended. “He would work with India to keep our citizens, collectively safe–that means standing up against cross border terrorism and standing with India when its neighbors attempt to change the status quo.”
“And I will tell you, in 2006 I remember remarks he made where he said, quote, my dream is that in 2020, the two closest nations in the world will be India and the United States, if that occurs, the world will be safer’,” Verma recalled, rallying the audience with the words, “Let’s make Joe Biden’s dream a reality.”

“We can’t afford to sit on the fence. This is a country we get to build together, said Biden Unity Task Force Economic Policy Advisor Sonal Shah, reiterating what other speakers said about getting out the vote.
“It’s not just about his skills, it’s about his character,” said former U.S. Surgeon General Vivek Murthy when sharing his personal experience with Vice President Joe Biden at his ceremony to be sworn in as surgeon general. Biden, Murthy said, came to the back away from the stage and the cameras, and said to his grandmother who was in a wheelchair, “‘Grandma, look at what you’ve done’.”  And he pointed to all the people who had assembled there, Murthy said. “He knew our story. He knew that our story and the story of the Indian American community is the story of the sacrifices our parents and the generations before us made in order for us to build a life in America.”
“I think what’s been really important is that the Vice President sees this crisis through the eyes of everyday people. He does not care about how the stock market is doing. He cares about how people are suffering and he has developed an economic agenda that is focused on addressing the needs people have,” said Tanden, CEO of Center for American Progress Action Fund. 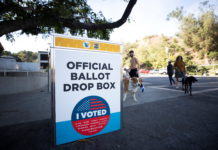