NEW YORK: Discrimination is on the up in the United States. Islamophobia is on the rise; racists and xenophobes seem to be emboldened by a wave of attacks on minorities, including Muslims, Hindus, Sikhs  and Jews in particular.

With the advent of social media, there are no dearth of videos that go around the Internet, circulate on social media, including on Facebook, WhatsApp, and of course, on news websites.

A new video is now circulating on social media, which shows an Indian American attorney first denouncing hate crimes and who then presents a disturbing video of a man who attacks a brown-skinned worker in a commercial establishment.

The Caucasian man walks into the establishment, with a dog in tow, and immediately picks on an employee, hurling abuses at him, calling him ‘Muslim’. After chasing him around the store, he shoves the employee violently.

What’s surprising is that two police officers walk in, and instead of immediately restraining the aggressor, and pinning him to the ground, just seem to be trying to get him out of the place. It’s not seen if that man was later arrested. 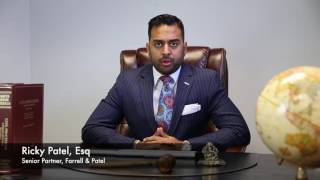