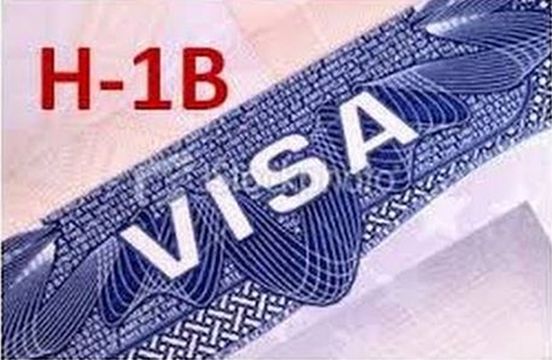 NEW YORK – A slew of proposed changes in the H-1B visa rules, which is likely to come into effect soon, will benefit applicants with a post graduate degree in the United States. While the application process is going to become more transparent and streamlined – with an online registration system – there seem to be loopholes in the system, worry lawyers, who fear that the system could be manipulated and exploited, and likelihood of plenty of genuine applicants sidelined.

The proposed rule change was published this week in the Federal Register. It comes on the heels of President Donald Trump’s 2017 “Buy American and Hire American” executive order, which directed the Department of Homeland Security — which oversees visas and immigration — to “suggest reforms to help ensure that H–1B visas are awarded to the most-skilled or highest-paid petition beneficiaries,’’ reported The Mercury News.

In essence, the changes would give higher chances for a post graduate degree applicant from accredited US universities to get the H-1B visa.

At present, annually there are 65,000 H-1B visas allocated for a general category – which draws overseas workers, mainly from India, and another 20,000 H-1B visas, which are reserved exclusively for applicants with advanced degrees from the US.

The way the system works at present is that the USCIS lets the advanced degree cap of 20,000 gets filled up first, and then they pool the applications who didn’t make the cut from a lottery, into the general category of 65,000 visas.

Now, it’s going to be reversed, if the new rules come into effect.

All advanced degree applicants will vie for the 65,000 general category, along with overseas workers. Those master’s holders who don’t make the cut there after a presumed lottery would get a second shot at a work visa: their application would be put into the available 20,000 visas category. It’s likely that like the past few years, a lottery would determine recipients from both the categories due to the overwhelming number of applications.

U.S. Citizenship and Immigration Services spokesman Michael Bars said in a statement to Mercury News that the change is designed to boost the number of H-1B recipients with a master’s degree or higher from U.S. institutions by 16 percent.

“These proposed regulatory changes would help ensure more of the best and brightest workers from around the world come to America under the H-1B program,” he said.

The proposed changes, published Monday, December 3, also would create an online registration system for H-1B applications, the News report said. Under the current system, all applicants submit their completed applications to USCIS. The agency then randomly selects applicants to review, until all available visas have been awarded. Any applications not reviewed are mailed back to applicants, along with their application fee.

Under the new registration system, applicants would create an online account, for free. Only those whose accounts are selected for review would then submit a complete application. These would then go into lotteries in the two categories.

The government estimates that change would save applicants and the companies sponsoring them as much as $75.5 million in the cost of preparing and mailing applications. During the fiscal year 2019 application period, between April 2 and April 11, USCIS received 190,098 H-1B visa applications.

The new system is expected to cost about $279,000 to set up and will save the Department of Homeland Security $1.8 million over 10 years largely because the department expects to receive fewer completed applications.

Earlier, the Department of Homeland Security said in a press release that the proposed rule would help alleviate massive administrative burdens on USCIS since the agency would no longer need to physically receive and handle hundreds of thousands of H-1B petitions and supporting documentation before conducting the cap selection process. This would help reduce wait times for cap selection notifications.

Emily Neumann, a partner in the law firm of Reddy & Neumann, P.C., responding to comments on her popular blog post ImmigrationGirl, noted that the likelihood of abuse of the work visa system would increase with the new rules.

“It most certainly does not ensure no abuse. I think there will be even higher chances for fraud with this change because the registration process is so simple,” Neumann wrote. “They will not look into the merits of the petition at all when conducting the lottery, which is how it is now. The US degree is only a factor for determining whether the petition will go under the master’s cap.”

Immigration attorney Tahmina Watson of Watson Immigration Law, told CNN Business that she was concerned about whether the government is rushing to put out the new system before it is ready.

“The cost signals that the new system will be complex and comprehensive,” Watson said, adding that it’s unclear whether the system would be ready in time for the spring, which is when H-1B registrations are due.

Although the government expects only 16% increase in advanced degree holders to get an H-1B visa, past few years’ filings indicate that annually more than 85,000 individuals with an advanced degree from the US – which exceeds the total number of visas available – apply for the work visa.

Even in FY 2019, 36,324 of the master’s cap petitions actually were selected under the regular cap, leaving 49,576 spots for non-masters petitions.

There are likely going to be much more applications also in the next filing session, for the H-1B visa, as the initial stage of registration is free of cost. All petitioners would be asked to provide is basic information regarding the petitioner and beneficiary when registering. This information may include, but is not limited to: (1) the employer’s name, employer identification number (EIN), and employer’s mailing address; (2) the employer’s authorized representative’s name, job title, and contact information (telephone number and email address); (3) the beneficiary’s full name, date of birth, country of birth, country of citizenship, gender, and passport number; (4) if the beneficiary has obtained a master’s or higher degree from a U.S. institution of higher education; (5) the employer’s attorney or accredited representative, if applicable (a Form G-28 should be also submitted electronically if this is applicable); and (6) any additional basic information requested by the registration system or USCIS.

An H-1B applicant, thus, can have multiple applications filed on his or her behalf from as many companies willing to sponsor them. And that’s the reason some lawyers are wary of the process: of fraudulent employers who ask for money from applicants for registration, and exploit the system.

“They should only allow each beneficiary one application. If a beneficiary has two legitimate job offers, they’ll just have to pick one to file with. They can always transfer to another employer later,” Neumann noted.

If USCIS finds that petitioners are registering numerous beneficiaries but are not filing petitions for selected beneficiaries at a rate indicative of a pattern and practice of abuse of the registration system, USCIS would investigate those practices and could hold petitioners accountable for not complying with the attestations, consistent with its existing authority to prevent and deter fraud and abuse. USCIS may refer the matter to a law enforcement agency for further review and possible action, the DHS said.

The San Francisco Chronicle quoted Dough Rand, who worked on immigration policy in the Obama administration and is now co-founder of Boundless Immigration, a tech firm that helps families navigate the process, saying that technology staffing companies, also known as outsourcers, are “notorious” for flooding the lottery with petitions that “may or may not be super legit,” said Doug Rand,

“Most of the visas are snapped up by these body shops,” Ira Mehlman, a spokesman for the Federation for American Immigration Reform, or FAIR, told the Chronicle.

FAIR has argued that the H-1B program has strayed from its original intent to help American employers hire workers with special skills.

“It was not intended as a program to enrich foreign labor contractors,” Mehlman said.

A comment on ImmigrationGirl said, of the new proposed rules: “It’s a way of killing H1B jobs, companies need people with experience, and USCIS wants to give more H1s to students, ultimately many companies will go for citizens as that is the only option.”

Public comments on the proposed rules must be received on or before January 2, 2019.